A breed of large dogs with huge head and limited range of colors are referred by the Kennel Clubs as Mastiff. They are the descendants of the ancient Alaunt through the Pugnaces Britanniae. These dogs are rare and have got a fairly gentle temperament.
A Mastiff is regarded as the largest dog due to its size. The normal size of this breed can be stated as under height – 29 inches for a male Mastiff and 27.5 for a female Mastiff dog, with the weight ranging from 150-250 pounds for a male Mastiff and 120 – 200 pounds for a female Mastiff dog. 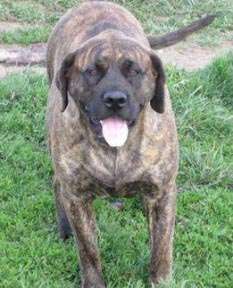 What is the Coat color of the Brindle English Mastiffs?

These dogs have somewhat limited range of colors and can be fairly described as apricot or fawn. Light silver to golden yellow is what forms the fawn whereas the apricot color can be a little towards a reddish color to deep red color. There are some others in between fawn and apricot that form a base color in Brindle. However, a black mask is a must. The brindle marking have to be heavy yet clear, but can also be light, patchy, or uneven. There are some other non-standard colors in Mastiffs like black and blue brindle and chocolate mask. Brindle is quite impressive over the normal solid colors and the dog may also bear a shaded appearance because of the dark hair on the back and shoulders. Sometimes, apricot becomes dominant over fawn due to a different mutation.

Genes required for these colors of Brindle English Mastiffs

The color of these brindle English mastiffs, definitely, depends upon the genetic combinations that happen or are made to happen. There are different genes that define different colors and patterns in the English Mastiff dogs. For example, the umbrous polygenes lead to the formation of sabling or dark tipped hairs, similarly these polygenes also lead to brindle patterns in Mastiffs. But sometimes polygenes alone can form brindle pattern affecting its intensity of occurrence, width, etc.
There are some genes that are not found at all in the Mastiffs; on the other hand, there are other types of color coats that are mixed like the ‘patchy pattern’ of dark and light areas. There are other related patterns also where the light areas are turned into totally white by an extra gene. Again, there are also instances where light areas are combined with various other intensities by a different gene.
Every gene is a pair of loci and a combination of these genes lead to the effects as stated above. In this regards polygenes play a major role in forming the color and the pattern like brindling or saddling with colors ranging from fawn to apricot and some other solid colors which are a little rare. These genes indeed play huge role in creating the beautiful brindle English Mastiffs. 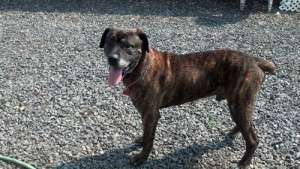 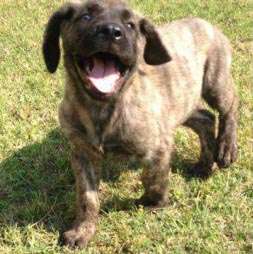