Bulldogs are courageous dogs. They have very strong muscles, well-developed limbs, a brave personality, and a strong sense of protection. Many people judge bulldogs upon their appearance, presuming that they have a fierce temperament. However, the Bulldog is patient and caring, especially towards children.

Originating from the UK in the 19th century, Bulldogs are also excellent protection dogs. So, what are the 6 categories of Bulldog breeds? This article mainly introduces different types of Bulldogs and their characteristics, hoping it will help all Bulldog enthusiasts. 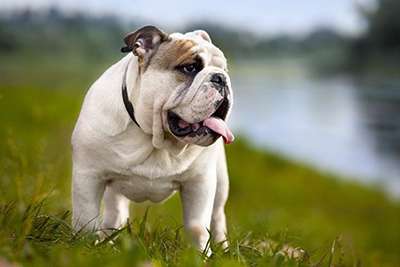 The English Bulldog is of British origin. Its ideal height for both males and females is 33 to 41 cm (13-16 inches), and the perfect weight for both males and females is 18 to 22 kg (40-50 lbs). Although the English Bulldog looks terrifying, they are a very kind and loyal dog breed. They are also brave and full of tolerance, so it is known as hence their adoption as the British national dog.

Today’s English Bulldog is kind, especially towards children. Concurrently, it is also a brave and capable guard dog, often awe-inspiring. British English Bulldog’s bold personality is adored by the British people and has amassed many Bulldog lovers. 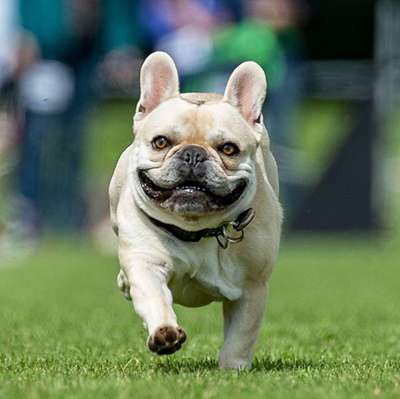 The French Bulldog is stocky with a heavy and thick body, a short and massive head, and a prominent lower jaw. Its limbs are grounded and short, its eyes are round, large, and convex, and its ears are erect and large.

The coat of a Bulldog is short, dense, smooth, and shiny. French Bulldogs’ hair is generally black, with white spots or black spots on a white background. However, you can also get blue bulldogs. The French Bulldog is 30cm (11-12 inches) tall and weighs 12-13kg (26-28 lbs). It has a steady pace, a stable, gentle personality, and a quick response.

The French Bulldog was once one of the most powerful breeds of Bulldog. French Bulldogs were prominent in bullfighting. Later, the French law prohibited bullfighting, and so the breed became a companion dog, which was most popular with ladies. Around 1860, many toy Bulldogs flowed into France from England, crossed with other local dogs, and eventually became this breed. 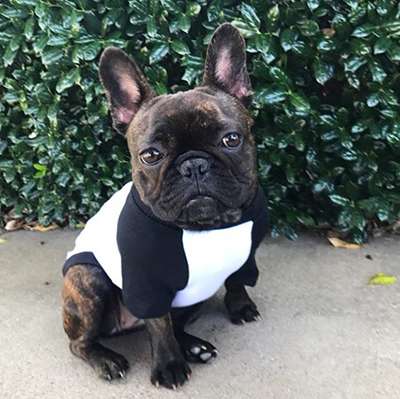 The Russian Bulldog was a fighting dog breed. In the ancient Russian era, people were keen to watchdog fighting performances. Some dogfighting enthusiasts continued to import powerful and more stoic Bulldogs from Britain, Italy, and Spain. They then had them compete with Russian Caucasian mountain dogs, Central Asian Shepherd Dogs, and other Mastiff crosses. This practice resulted in three Bulldog Mastiffs. One is a taller, slimmer dog, one is a short and robust Bulldog, and the other is a Russian Bulldog. 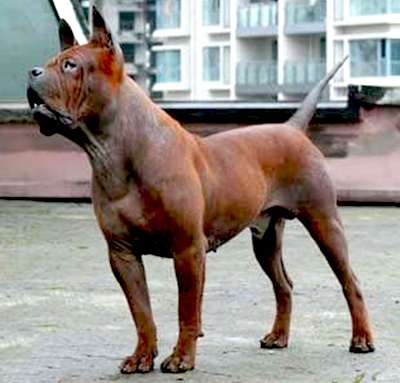 They have a healthy body, broad chest, square body, pointy tail, broad head, short mouth, powerful bite, and erect ears. Their coat is very short and you can often see their skin underneath. Their coat colors are generally a single light-brown, dark brown, and black. Chinese Bulldogs have an average height of 51 cm (20.07 inches) for males and 41 cm (16.14 inches) for females. Female Chinese Bulldogs weigh around 20 kg (44lbs) and males weigh around 25 kg (55 lbs). 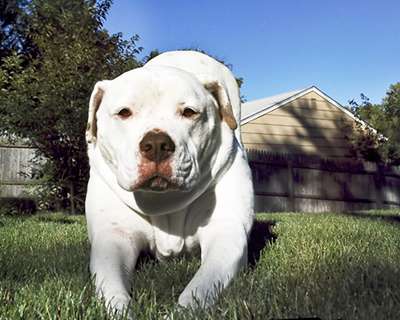 In the 19th century, many European immigrants moved to the United States with their dogs. It is resulting in the American Bulldog breed. At that time, most of their dogs were shepherds. The large breed registration organization in America does not recognize the American Bulldog, nor has it been accepted to participate in traveling exhibitions. This brave and agile Bulldog breed is very different in size and coat color and is very similar to the English Bulldog used in bullfighting in the 18th century. American Bulldogs stand tall at around 40 cm (15.74 inches) for females and 50 cm (19.68 inches) for males. American Bulldogs weigh between  27-54 kg or 60-120 pounds at adult size.

The Spanish Bulldog came into existence as a dog breed in 1980. It is native to Spain. Its ancestors have a history of more than 1,500 years and were brought into Europe by the Alans.

The Spanish Bulldog is a suitable family dog. They have a persistent and fearless character – they are loyal and dedicated, and they work hard. Many people have the wrong understanding of these dogs based on their appearance. They assume that their temperament is very fierce. However, the Spanish Bulldog is patient and caring, especially with children, and only aggressive towards strangers.

In addition to the English, Spanish, Russian, American, and Chinese Bulldogs, there are other varieties of Bulldogs globally. These Bulldogs are different in the living environment and living habits, appearance characteristics, and feeding management.

According to their characteristics, all Bulldog owners must pay attention to the distinction when feeding different Bulldog breeds. Please check out the article ultimate bulldog guide if you want to learn more about caring for and training a bulldog.