If you are going to feed your dog human food, know what is poisonous to dogs. Some people can’t resist feeding their dog some table scraps.  After all who can say no to those sad puppy eyes?  While we don’t recommend feeding your dog scraps while your eating, if your going to do it there are certain rules you should follow.

Feeding your dog while you’re eating will end up causing a lot of issues.  Your dog will never leave you alone.  It will become very annoying and you will never be able to enjoy a proper meal again.  Many individuals who start off innocently feeding their dog a few scraps here and there, end up have to lock their dog in a separate room while they are eating later on.  So if you are going to feed your dog, do it at a time when you are not eating or put the food in her food bowl.

Also, some food is very bad and can be fatal for your beloved puppy dog. Every dog owner should 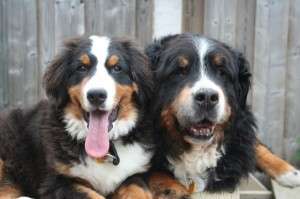 know what is poisonous to dogs, so they can take the proper measure in preventing the ingestion of these foods by their dogs. Here are some foods that should never be given to any dog.

What is Poisonous to Dogs?

Chocolate – It’s a tasty treat for children and your dog would love some but it will kill them.  It’s sad because many people aren’t aware of this and end up giving their dog some chocolate only to find their dog really sick or even dead later on

Milk – Just like people, many dogs are lactose-intolerant.  Milk can cause diarrhea and other problems so keep it away from your dog.

Salt and Spices – Salt and spices raise a dog’s blood pressure and increase the risk of certain types of cancer.

Onions – Your dog will happily eat some if given with some chicken or another tasty food but onions rupture a dog’s red blood cells which can lead to anemia.  The same goes for onion powder and garlic.

Chicken Bones – Have you met a dog that wouldn’t die for a bone?  While you might think it’s ok to give your dog a bone after your done your meal, bones, especially small ones can be a chocking hazard for a dog.  Also small splinter from bone scraps can seriously injure your dog if it gets stuck in your dog’s stomach. When it comes to bones, I find uncooked bones to be safe for dogs, as I myself have been feeding these to my dogs for many years. It is when the bone is cooked that it splinters and causes problems.

Animal Fat – Chicken skin as will as fatty meats will harm your dog if consumed in large quantities so refrain from giving your dog fatty foods.

Fruit Pips – Pips found in apples, pears and similar fruit are lethal as well so be careful if your dog likes fruit.  The kernels found in plums, peaches and apricots are not so good either.

Recently, there has been some controversy over commercial dog food. Thousands of dogs in the U.S. and other parts of the world were dying and the only thing that was in their diet was the so called “trusted big name company” food. Knowing what is poisonous to dogs, can aid in preventing some of these controversies and help you become a better dog owner. 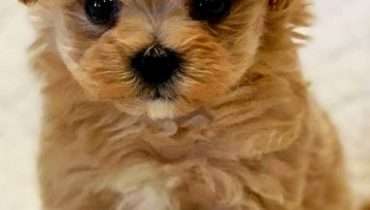