Home
|
Canine Topics
|
Is a Dogo Argentino a PitBull?

Is a Dogo Argentino a Pitbull ?

Although the Dogo Argentino has a similar face structure to those of a Pit Bull’s, they are not a Pit Bull mixed breed at all. The Dogo is a Mastiff breed otherwise called the Argentine Mastiff. It is a breed developed by Dr. Antonio Nores Martinez in the year 1928. It is however true that the Dogo is comprised of many other breeds in their creation. About ten breeds of dogs make up the Dogo’s genetics and they are the Bull Terrier, Irish Wolfhound, Pointer, Dogue De Boreaux, Great Dane, Bull Dog, Great Pyrenees, Spanish Mastiff, Boxer and the now extinct Cordoba. Is a Dogo Argentino a PitBull question has been asked by many canine fans so I just wanted to make it clear to you all here.

The Dogo is not a Pit Bull mix as many have misunderstood, they are much larger than a Pit Bull, 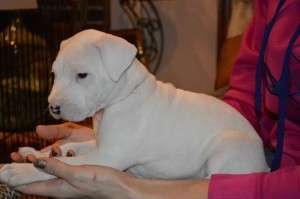 share a unique white coat and differ in personality and temperament. It is very important for this breed to be recognized as a breed of their own so they are not looked down upon. Pit Bull’s carry an unnecessary bad rep among the public for very stupid reasons. As a Dogo Argentino enthusiast it was very important for me to write this article and point out to the public that the Dogo isn’t a Pit Bull and they are two very different breeds.

The Argentine Mastiff stands twenty four to twenty seven inches in height and weighs up to 120 pounds. Females are a bit shorter and weigh less than males. The most distinct feature about them is their beautiful all white short coat. Some Dogo’s may have black patches in their face or around their eyes. Dogo’s can live up to twelve years and they are very healthy for a large breed dog. They require a exercise and will do OK in apartments if exercised everyday.

Dogo’s are perfected to be a hunter, they will hold down the hunt till the master arrives. The Dogo has a gentle temperament toward family, they especially love kids. Dogo’s ears and tails can be cropped or docked which will help them in the hunting process, the ears are a dog’s weak spot and it can be quite painful if a prey was to strike it.

The real American Pit Bull Terriers are a bully breed of dog’s that shouldn’t weigh more than 50 pounds, however there are variance within the Pit Bull family such as Staffordshire Terriers and American Bully’s. Staffordshire Terriers and American Bully’s can weight more than a real American Pit Bull Terrier. Pit Bull’s normally doesn’t get taller than twenty four inches. Pit Bull’s are also very healthy breeds with a lifespan of 13 years and more. Unlike Dogo’s Pit Bull’s come in a variety of colors and sizes.

Pit Bull’s lack hunting instincts like the the Argentine Mastiff, Pit Bulls can however work great along side of law enforcement and military. Similar to Dogo, Pit Bull ears are sometimes cropped today due to aesthetic reasons. Pit Bull’s ears were once cropped when dog fighting was big to give them an edge in the fight. I however dislike ear cropping altogether, I think a Pit Bull’s ears look adorable not cropped.

To sum up the Is a Dogo Argentino a PitBull? question: A Dogo Argentino and Pit Bull vary in many levels. Their energy levels are different as well, Pit Bulls have greater endurance than a Dogo for their small size. Pit Bull’s however doesn’t come close to Dogo in size, strength and in the ability to be a hunter. 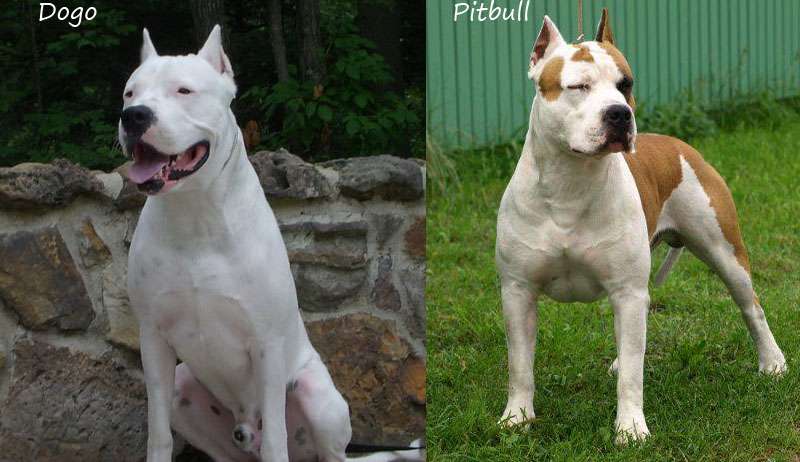 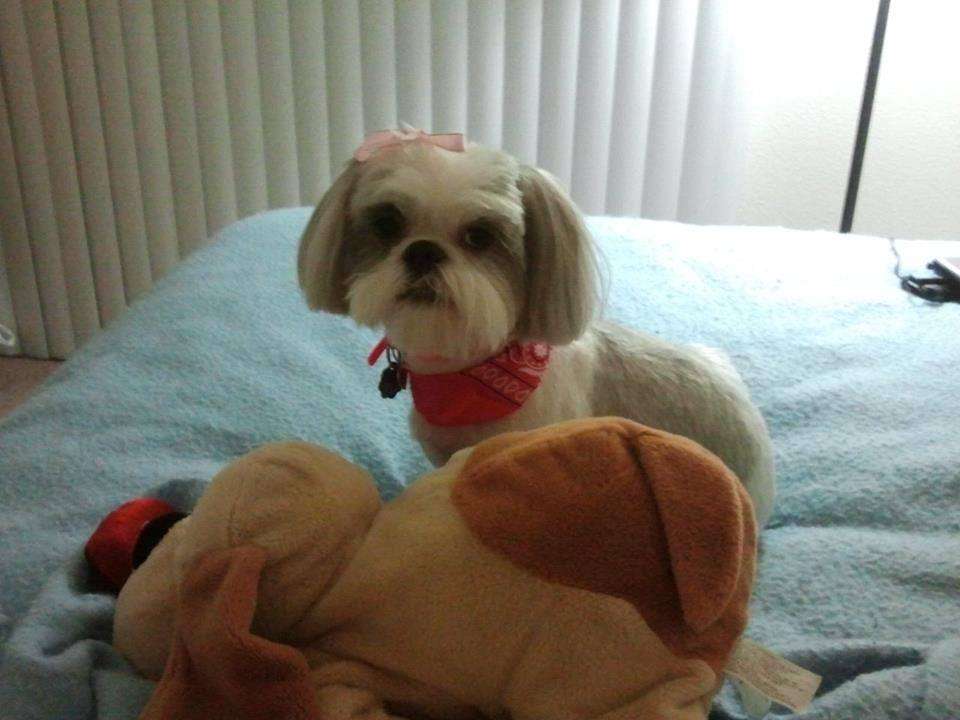 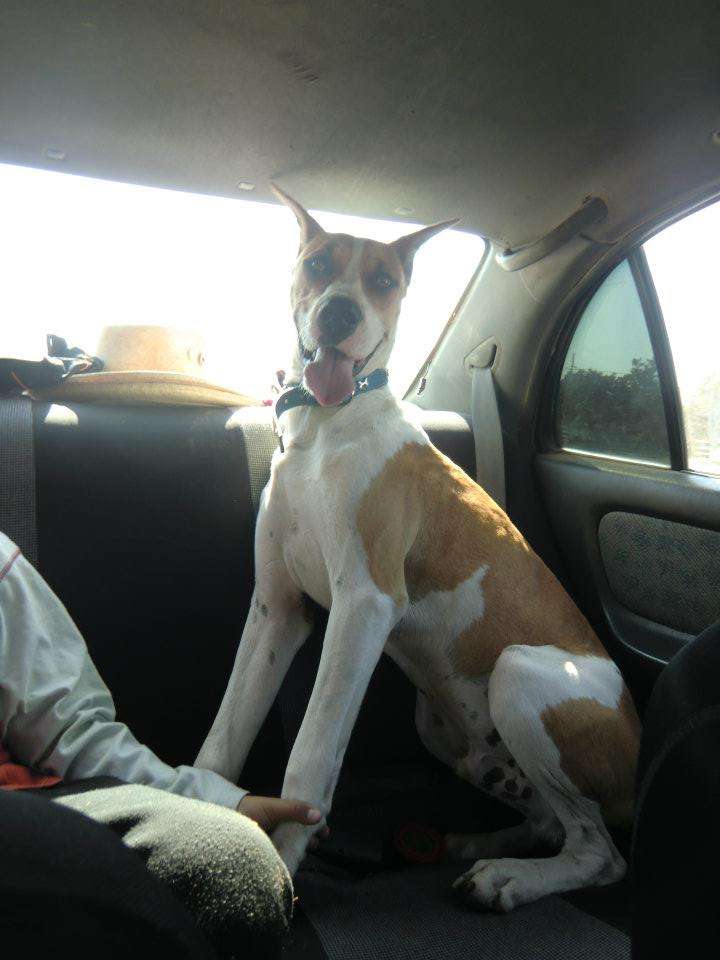