A German Shepherd Pit Bull Mix is also known as a German Sheppit. If you are an inexperienced breeder, I wouldn’t personally recommend that you breed these two dogs together as a lot of them end up in shelters. If you are an experienced breeder and provided that there is a market for this mix, the German Shepherd Pit Bull mix makes one adorable hybrid. To be scientifically correct they are mixed breeds or mutts but people often refer to them as hybrids. They will share some qualities of both Pit Bulls and German Shepherds but they will look closely to the Shepherd in appearance. 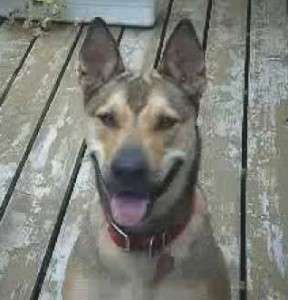 German Shepherds genes seem to be more dominant in this mix perhaps because they are closer to their ancestors the wolves in the gene pool. You can especially see that they got the same pointy ears German Shepherd’s share. They can weigh anywhere from 60 pounds to 80 pounds depending on the Pit Bull used for breeding. The American Pit Bull Terrier weighs less than the Staffordshire Terrier. They can stand 17 to 26 inches tall at the withers. They require low maintenance grooming and can be brushed once weekly. They are generally a healthy mixed breed and have a lifespan that is well over 10 years. 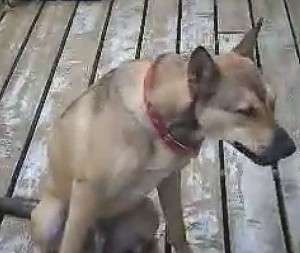 Always look for a reputable breeder when getting your puppy and never separate the pup from its litter before 8 weeks of age. Teach your German Shepherd Pit Bull Mix puppy bite inhibition as soon as you get them. Remember to socialize your pup and get them used to all different sounds and other animals. Remember there are no bad dogs only bad owners!

When it comes to feeding your German Shepherd Pit Bull Mix, I encourage all dog owners to limit commercial foods and resort to raw and home cooked meals. I am an owner of a beautiful and healthy Pit Bull who is 2 years of age now. She was raised on raw chicken, home cooked meals and limited commercial foods. She is agile, healthy and very vibrant without any sort of health concerns. Before feeding raw and home cooked meals there are certain tips you should know. Raw Meats should be frozen at least three days prior to feeding to avoid salmonella. There are certain human foods that are bad for dogs such as onions and raisins. See my article “Feeding Dogs Human Food” to learn more about what not to feed dogs. You can mix in veggies such as broccoli and sweet potatoes along with raw meats to make a nutritious diet.

I hope you enjoyed my article on the German Shepherd Pit Bull Mix, be sure to subscribe and get weekly blog updates.