Home
|
Mutts
|
Top 5 Poodle Mixes, All About the Doodle

Do you love dogs but are allergic to certain dog breeds?

Are you looking for the perfect (well, almost perfect) breed of dogs to adopt?

Would you like to own a canine companion that fits into your lifestyle?

Then you have come to the right place. There are so many reasons why people want to adopt a dog, but whatever the case is, Poodle mixes or Doodles are one of the most lovable creatures to have as a companion.

What is a Poodle Mix or Doodle?

If you are looking to adopt a cute, hypoallergic dog breed that does not shed its fur, you might want to get a Doodle Breed. The breed results from crossbreeding two different dog breeds, i.e., a purebred dog and a purebred Poodle, to create the hybrid known as the Doodle.

The Poodle mix or Doodle encompasses a little over 20 varieties of Doodle dogs. In this article, we will analyze the top five Poodle mixes. i.e., the Goldendoodle, the Labradoodle, the Bernedoodle, the Maltipoo, and the Cavapoo.

Labradoodle is a breed of dog that comes from crossbreeding a Labrador Retriever and a Poodle. They made their debut around the 1970s as a breed of dogs suitable for persons with allergic conditions but have become a household pet with so many fans from around the globe. Labradoodles are not yet recognized by the American Kennel Club (AKC). 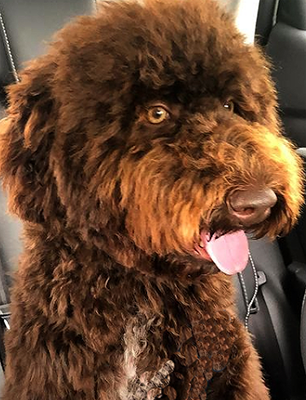 The size of a Labradoodle is subject to the genes that are dominant during the crossbreeding. A Labrador Retriever can grow as tall as 21 – 24.5 inches depending on the sex of the Labrador while weighing anything from 55 – 80 pounds.

However, Poodles come in three sizes; standard (15 inches tall and weighs 45 – 70 pounds), Medium Poodle (with 12 inches in height and can weigh up to 20 pounds), and the Mini or Toy Poodle (which can weigh up to seven pounds). As it is to crossbreed, the most compatible pair who possess high characters considered to be positive are chosen. When you crossbreed two highly intelligent dog breeds with high levels of activity, you get the labradoodle. 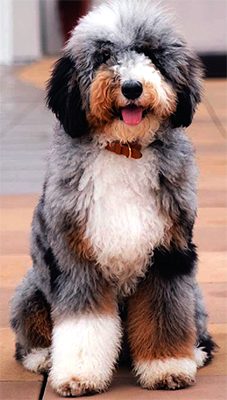 As interesting as the name sounds, the Bernedoodle is the result of crossing a Bernese Mountain Dog with a Poodle.

The Bernedoodle has a mild temperament and a laid-back personality, much more so than their parents. They thrive in colder climates but still tolerates warmer weather. A full-grown Bernedoodle can weigh anywhere from thirty to ninety pounds.

Bernedoodle’s are eager to please and easily trainable dogs. They are sociable dogs that love to engage with humans as well as other pets. They enjoy long walks and other fun activities as playing fetch.

Check out Central Illinois Doodles if you’re looking for a Bernedoodle.

When it comes to choosing a Poodle mix or Doodle, you should consider their size and the type of fur they possess before choosing. Although it is said that Doodles are a non-shed and hypoallergenic breed, the fact is that this attribute is subject to the kind of fur/coat they have. The breed is an extremely intelligent one and makes for good companions.

The Goldendoodle breed is a hybrid result of mixing a golden retriever and a Poodle. Most people are unaware that the golden Doodle’s come in various sizes—Goldendoodle’s range from mini golden size, medium Goldendoodle and the standard Goldendoodle size.

Goldendoodles are a playful, cheerful, and intelligent breed as they combine the attributes present in a Golden Retriever and a Poodle to create the non-shed and hypoallergenic nature of the golden Doodle, which makes them endearing.

As the Goldendoodles come in different sizes, their heights can range from 13 inches to about 24 inches. Depending on the Goldendoodle that you own, their weight can vary from 16 to 92 pounds.

Variety in fur types is also another attribute to look out for, especially when you suffer from allergies easily triggered by fur as it could be curly, long, short, or fluffy. Goldendoodles are adored by many and are one of the most popular Poodle mixes amongst dog lovers.

Goldendoodles are often used as therapy dogs due to their intelligence which comes from their parents (the Golden Retriever and the Poodle).

If you are seriously considering adopting or buying a Poodle mix, we highly suggest you check out the website We Love Doodles. 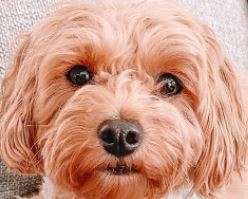 The Maltipoo is a crossbred between the Maltese and the Poodle. They are one of the smallest Poodle mixes when compared to the Goldendoodle, Bernedoodle, and Labradoodle. They typically don’t grow above 20 pounds and stand only 12 inches tall.

Since they are such a small Poodle mix breed, you’ll want to make sure that you don’t have small children around. This dog breed is small, so any children that step on this dog or grab too tightly may hurt the Maltipoo. Since Maltipoo’s are so small, you don’t have to exercise them as much as other Doodle breeds.

Additionally, you won’t have to groom so much surface area since they are a small dog breed. Since both the Maltese and the Poodle rarely shed their coat, the Maltipoo is considered nonshedding and hypoallergenic. They are also a perfect lap dog and generally like to sit on their owner’s lap and cuddle. 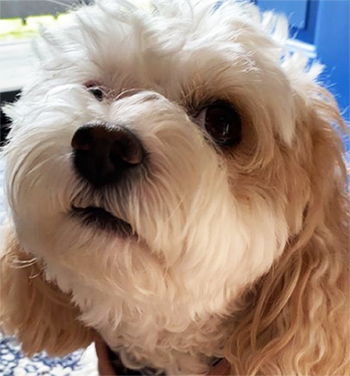 The Cavapoo, which is also sometimes called the Cavaoodle, is a mix between the Cavalier King Charles Spaniel and Poodle. Cavapoo’s have become extremely popular due to their medium size build and because they look like teddy bears their entire lives practically.

The Cavapoo is also typically a lot smaller than the Goldendoodle, Labradoodle, or Bernedoodle but larger than the Maltipoo. This medium build makes them ideal for families that want a dog that is not too energetic but can still go for long walks or hikes.

Additionally, Cavapoos can also fit in smaller spaces like an apartment or condo. You won’t need a large house or backyard for this poodle mix as long as you are able to exercise them for at least 60 minutes a day.

The downside to a Cavapoo and most other Doodles is that you will need to regularly groom them since they don’t shed. This means that you will have to regularly brush and give you Cavapoo haircuts to prevent their coat from getting tangles and mats.

Poodle mixes, also known as Doodles, have become extremely popular in the last ten years because of their hypoallergenic and nonshedding coats. It is interesting to note that they were originally bred to be a service dog for people that were allergic to dog dander.

With their mild temperaments and easygoing personalities, doodles have become some of the most popular dog breeds.

We showed you the top 5 most popular doodle dog breeds to help you make a decision if you’re looking for a puppy. There are both large and smaller doodles on our list that vary in temperament and personality. 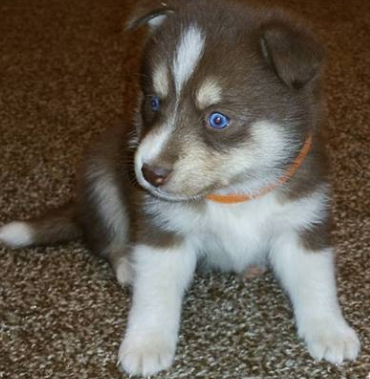